One on One Lessons Emphasizing
'A Natural Style of Kicking and Punting'
Prove A Rewarding Experience for NFL Kicker.

Ultimately, Josh's performance on the field spoke for how dedicated he was to not only making himself a better kicker, but to being one of the best kickers in the entire NFL.

Josh's contract then expired after the 2011 season. Unfortunately, the NFL is a business, and contract negotiations may not always work out the way that either party plans. Because an agreement couldn't be reached, the only way that the Jaguars could guarantee that they at least kept their star kicker for at least another year was to place the 'franchise tag' on him. This meant that Josh would only get a one year deal.

Josh then took to his twitter account to show his disapproval of the 'franchise tag' on NFL players as well as his goal of a long term deal, but he understands the nature of the business. I told him to just continue his training and level of play and the deal would eventually come.

Then, a couple of days before the 2012 NFL Training Camp schedule opened, I received a phone call from Josh thanking me for being a part of his success the past two seasons and how happy him and his wife were. Josh had just finalized his new contract and the team had removed the franchise tag to give Josh the four year contract that he well deserved.

I thought to myself, "What a thoughtful gesture and what a classy Professional Athlete." Not only is Josh a professional in every way, but most importantly he is a fine gentleman with character.  It's gestures like this that keep me coaching now, but it was the young students and athletes early in my career that started me teaching and coaching and got me to this point in my career.

I am always happiest when I am in the classroom teaching or on the field as a kicking coach.

After retiring from coaching in the NFL, my wife and I decided I needed to find something to keep me busy.  Starting Coach Zauner, LLC and giving One on One Kicking, Punting and Snapping Lessons was the beginning.  Michelle and I had a website created to promote my services as a kicking coach and consultant. This website www.coachzauner.com is filled with free video for young kicking specialists to view of many of the NFL veteran kicking, punting and snapping specialists I had coached or consulted early in my coaching and consulting career. 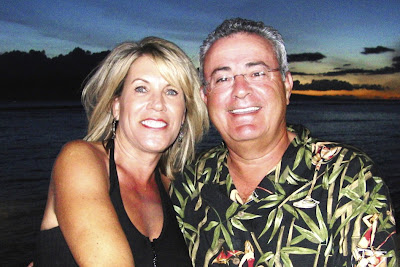 Coach Zauner, LLC grew rapidly.  Lessons, referrals, Free Agent Contracts, calls from NFL Head Coaches, Special Teams Coordinators and Scouts.  Several NFL, UFL and CFL teams use my consulting services.  As a matter of fact, when the new UFL Football League open a couple of years ago, 13 of the 15 kicking specialists had attended one of Coach Zauner's programs.

From One on One Kicking, Punting and Snapping Lessons we developed Coach Zauner's Free Agent and College Senior Specialist's Combine.  The success of the two combines led to the four PRO Development Camps held January, May and July in Arizona and Wisconsin.

Recently, in June of 2012, I was hired as a consultant by EASports for their 2014 John Madden NFL and NCAA Football Video Games as a special teams and kicking game consultant. It was a good and fun experience and can only hope it may eventually turn out to be a interesting and rewarding relationship in years to come. 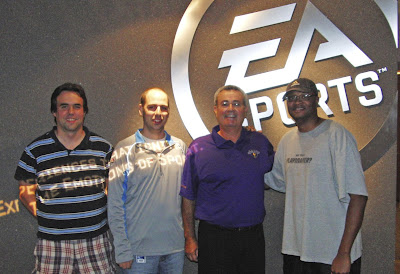 Four years ago, I complained that the phone wasn't ringing enough.  Now, I complain that the phone is ringing too often and I don't have any free time for golf or relaxing.  I guess that's just human nature.  However, I have decided to just keep complaining but enjoy the success of the business Michelle and I have built.

Every year in June and July I spend six weeks back home in Milwaukee, Wisconsin giving One on One Lesson and doing my July PRO Development Camp.  It turned out to be a record month for One on One Lessons and kicking specialists attending my PRO Camps.

Last week when my 88 year old mother, Thelma, asked me, "When are you going to retire?"  I replied, "Mom I don't really feel like what I do is work.  It's fun and rewarding.  Besides, if I didn't work I would probably drive Michelle crazy being home too often!

This summer I had a business friend of mine put together a Promo Video for One on One Lessons. After viewing the final video you will probably figure out why I haven't retired and keep coaching.  Click below to listen to retired NFL Specialists: Gary Anderson, Kevin Butler and Jeff Feagles and active specialists: Jon Ryan, Tim Masthay, Dave Zastudil and Matt Katula give their testimonials about their experience with Coach Zauner's One on One Lessons:


Since I started Coach Zauner, LLC, I have had the opportunity to travel the country to help spread my football knowledge, such as private consulting and coaching jobs, a visit to the University of Alabama as a guest speaker, consulting special teams for the NCAA and Madden 2014 video games for EA Sports. So I asked myself again, why coach? The answer is easy. It's the special relationships that I have developed with so many fine people involved in the game of football that keep me motivated to coach long after I thought I would retire, and its done nothing but bring joy to my life.

Long Snapping Lessons
Posted by Gary Zauner at 5:04 PM Links to this post