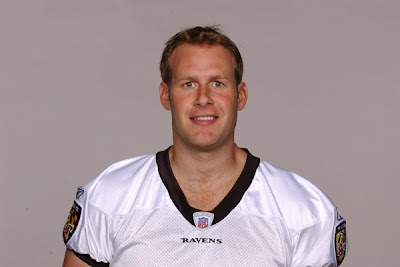 In 2002 when I became the Special Teams Coordinator for the Baltimore Ravens we drafted Ohio University's Punter, Dave Zastudil in the 4th Round with the 112 pick.  From 2002 to 2006 I had the pleasure of working with and coaching David.
During those four years I watched Dave develop and become one of the NFL best directional and situational punters. 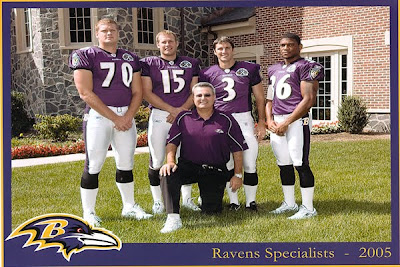 #70 Matt Katula, #15 Dave Zastudil, #3 Matt Stover and #12 BJ Sams
Once again I had a chance to work with Dave Zastudil and Matt Katula (former Ravens Snapper) when they both came to Scottsdale, Arizona from April 18-21 for One on One Punting Lessons and One on One Snapping Lessons.
As a NFL Coach it's always fun and rewarding to see rookie players grow and mature and become excellent veteran NFL players. However, and maybe more importantly I had a chance to watch these two young men grow up on and off the field. Both Dave and Matt are two excellent people, husbands and fathers. 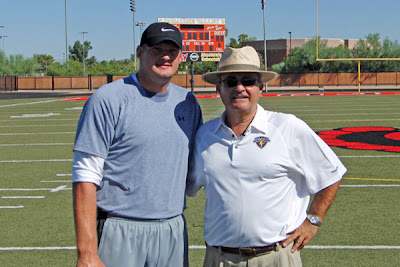 Coach Zauner Signed Matt Katula  in 2005 as a Free Agent Snapper
In 2010 Matt Katula was release by the Baltimore Ravens after training camp and due to an injury lost his consistency.  He came to Scottsdale, Arizona for a One on One Snapping Lessons to see his former Coach, Gary Zauner with the hopes of getting his form and consistency back. 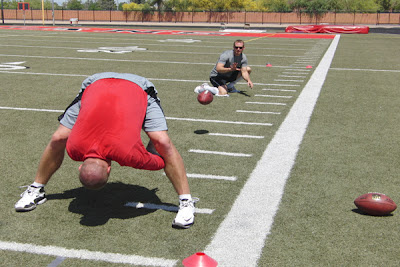 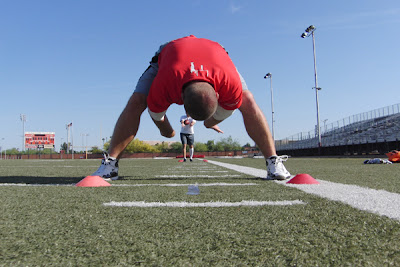 After his One on One Snapping Lesson and a couple of weeks of drill work back in Baltimore, Matt was back to his old form.  He not only had his form back but maybe more importantly had his confidence back. In November Matt signed with the New England Patriots and finished the remainder of the 2010 season.  Matt has now played six years in the league after signing in 2005 with the Baltimore Ravens as a free agent with no signing bonus.
Dave Zastudil:
After Coaching Matt and Dave for a couple of years in Baltimore I left the Baltimore Ravens in 2006 to become the Special Teams Coordinator with the Arizona Cardinals. Matt stayed with the Ravens, while Dave left and signed an excellent free agent deal with the Cleveland Browns.
Dave showed everyone why he received the free agent deal he got by having two or three excellent seasons with the Browns.  However, Dave was struck with an injury bug in 2009. He tried playing hurt but was eventually put on IR. In 2010 he re- injured his plant leg.  Dave had surgery to repair the problem and is now back in shape and healthy.
Getting Back To Form
Dave basically came to Scottsdale, Arizona because as he said, "He wanted another set of eyes to look at his punting technique and form".  Dave felt there was nobody better than his former Special Teams Coach, Coach Zauner.
Dave and I had talked a couple of times in the past couple years and I was very familiar with what was going on in his career.  Dave had talked to Matt and both felt it was perfect timing to take their wives on a little vacation and for them to get some professional improvement and golf in.
When I talked to Dave I told him that I felt in the last three years while working with a plethora of top College and NFL specialists I had become a better kicking coach and teacher. I mentioned I had a couple of things I wanted him to try.  I also felt that these changes would not only help his punting form but eliminate any  possibility of another injury to his plant leg.  Dave was all ears.
Dave wanted another set of eyes to analyze his technique and see where he was in getting back to his original punting form.
It has been my experience when most kicking specialists get hurt they change their technique but still perform at a high level but maybe not at their best level.   My goal was to help Dave get back on another NFL team and perform at his highest level. 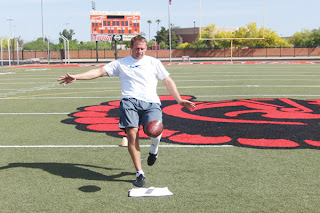 The first day I listened, watched, analyzed and documented how Dave was now punting.  I took a bunch of sequential camera shots and showed Dave what I was seeing.  After the first session we went and watched the video and I explained what I thought Dave should work on to get his form back to his highest level.
I introduced my Drop Progression and One Step Drills.  We worked on improving his grip and drop to make it more consistent. 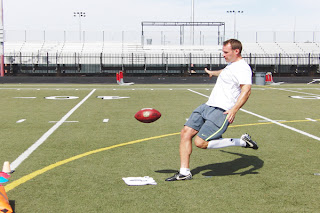 The first day Dave had too many nose up drops.  After watching video and reviewing the photos and working the drills Dave was back perfecting his nose down drop. The second day his drop was almost perfect on every rep. 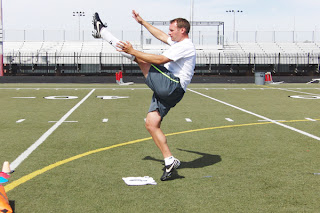 Dave punted at least 70 to 80 balls each day. The second day he was turning over almost every punt.  He was getting more comfortable with the adjustments and changes and liked how he was feeling by the end of day two.


As I tell everyone that comes for kicking, punting or snapping lessons,  it usually takes about three to four weeks to become comfortable when making a technique change.  The drills are so important in acquiring the new muscle memory and building confidence.
In the two days I worked with Dave he made some major improvements.  Dave is an excellent punter in his own right but I think he realized the changes he is making is going to make him even a better punter in the future. Dave is a hard worker and will continue to get better each day.
Click below to listen to Dave Zastudil (NFL Veteran Punter) comments after working One on One Punting Lessons in April of 2011.
Click below to listen to Matt Katula (New England Patriots) comments after working a One on One Snapping Lesson in September of 2010 and again in April of 2011.
It was a real pleasure seeing and working with both Dave and Matt again.  I wish them both the best of luck and success with their NFL careers.  After watching Dave punt and improve the last two days I know he will be back on an NFL roster this fall.  Of course that's if the NFL lockout is lifted.
As a side note, Coach Zauner enjoyed his time on the golf course with his two former players. 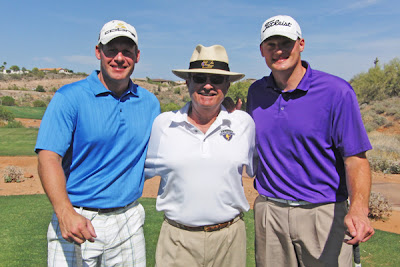 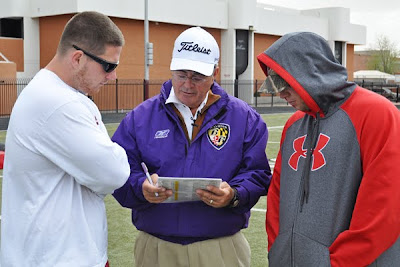 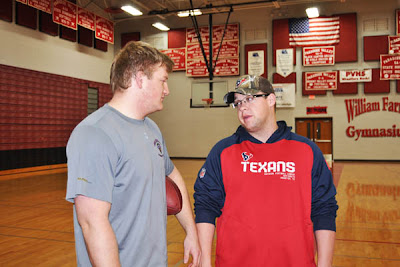 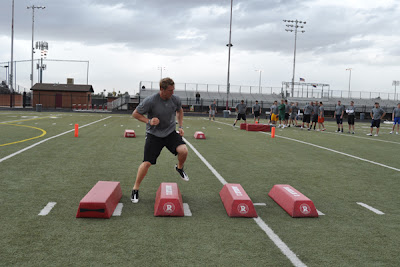 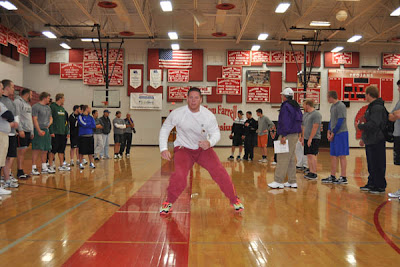